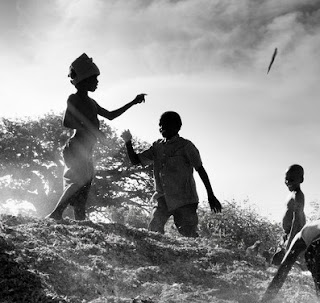 2 singles of revolutionary benga  from '74 and  Kendu 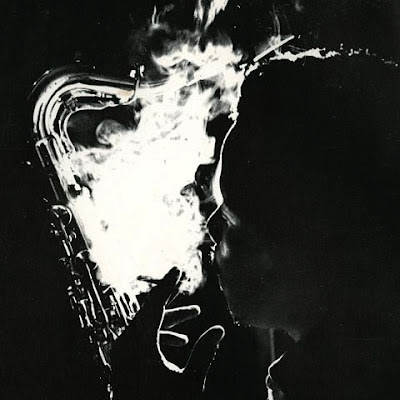 There are recordings considered  as landmarks in Jazz  and jazz fans have their own milestones,
records and common names like A Love Supreme - John Coltrane
Out to Lunch - Eric Dolphy,Go - Dexter Gordon,Maiden Voyage - Herbie Hancock
The Blues and the Abstract Truth - Oliver Nelson ,Saxophone Colossus - Sonny Rollins
The Sidewinder - Lee Morgan,Monk's Dream - Thelonious Monk,The Shape of
Jazz to Come - Ornette Coleman,Kind of Blue - Miles Davis and the list goes..on and on ..
But me would certainly add among these heights a brave young man from South Africa,
that was just 23 when he recorded Yakhal' Inkomo:Winston "Mankunku" Ngozi.
---
Ah... at last it's done. I mean the recording of South Africa's number one tenor sax player, Winston "Mankunku" Ngozi. This is the LP that every jazz fan has been waiting for. Listen to it from side one to the last note on side two then you'll agree with me that this is jazz, dished out by the son of the soil in a soul/jazz bowl.>liners 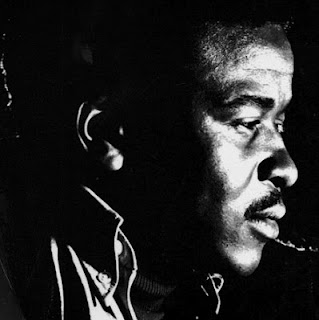 In an 2003 interview to Gwen Ansell, Mankunku said:

“Yakhal’ inKomo was an odd tune. Things were tough then – but don’t ask me about all of that,
I don’t want to discuss it. You had to have a pass; you got thrown out;
the police would stop you, you know? I was about 22.
I threw my pass away; wouldn’t carry it. We had it tough. I was always being arrested
and a lot of my friends and I thought it was so tough for black people and put that into the song.
So it was The Bellowing Bull: for the black man’s pain.
And a lot of people would come up to me and say quietly: “Don’t worry bra’.
We understand what you are playing about.”

“I once saw Mankunku Ngozi blowing his saxophone. Yakhal’inkomo.
His face was inflated like a balloon, it was wet with sweat, his eyes huge and red.
He grew tall, shrank, coiled into himself, uncoiled and the cry came out of his horn.
“That is the meaning of Yakhal’ inkomo.”

Mongane Wally Serote
(from the introduction to his collection of poetry entitled Yakhal’ inKomo,
published by Renoster Books in 1972) 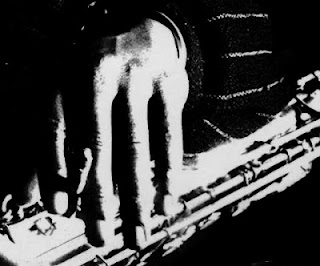 more readings  in flatinternational and  wfmu


“He just went deep, right down to the floor of despair, and reached the rim of fear and hatred.
He just spread and spread out and out in meditation, with his horn, Mankunku, Ngozi,
that guy from the shores of South Africa, and he said: “That was it.”
For that is what he was doing with his horn, Yakhal’ inKomo…”

this reissue from 1996 combines two records Mankunku recorded within four months in 1968:
one with his own quartet (Yakhal Inkomo) and Spring with pianist Chris Schilder's quintet. 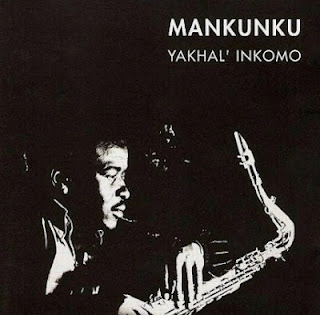 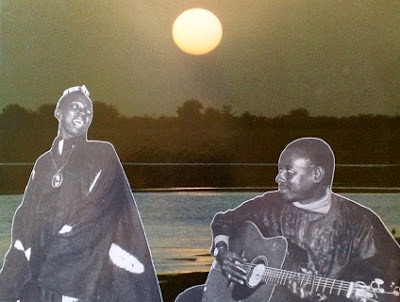 and for 5 more in front of the most famous curtain in Mali: 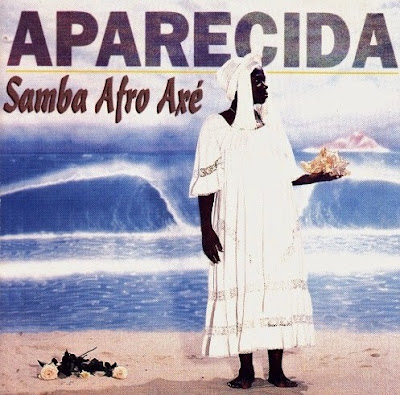 Maria Aparecida Martins from Caxambu,Minas Gerais was a legendary  in her time,voice
and among the most important popular interpreters of the music of Umbanda
during  the 60's & 70's in Brasil-but too soon and unjustifiably forgotten,
Aparecida was gifted with a powerful  and rich voice full of spirituality
and  while based on her own beautiful sambas she has always been accompanied
by  many excellent  musicians of her time.

we don't forget her here
Axé 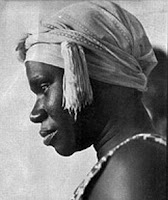 In the early 1970s a butcher from the town of Sao Tome (the capital city) named Horacio, and his friend Emilio Pontes decided to start a music group. Whenever Horacio could get away from his butcher shop, he would meet Emilio in the town of ‘San Guembo’ (located 3 km from downtown Sao Tome), and the two 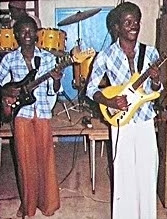 would kill a few hours playing guitars and writing songs. The two friends quickly pulled together the first lineup of musicians who, in 1974, would officially become known as the ‘Conjunto Africa Negra’. The group’s greatest hits were built around the melodic and languid lead guitar playing of Imidio Vaz, the steady rhythm guitar of Leonildo Barros, and the raspy voice of Joao Seria.....

The 1980s were the high-water years for the Conjunto Africa Negra. The group performed frequently throughout Sao Tome and Principe, made regular trips to Portugal, visited Angola nine times (touring across Luanda, Benguela, and Cabinda provinces), and were a huge success in the Cape Verde Islands. It was through their constant performing that they perfected their version of Sao Tome Rumba, what their fans call ‘Mama Djumba’ music....

continue reading their story in v.o.a..'s blog and enjoy the songs there 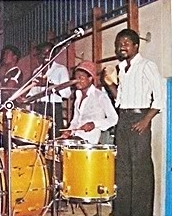 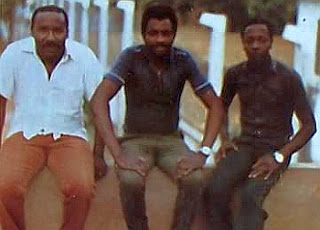 and sure it is  a serious cultural crime against yourself  to still ignore this fine band ...
go  to Lola Vandaag for Africa Negra 83 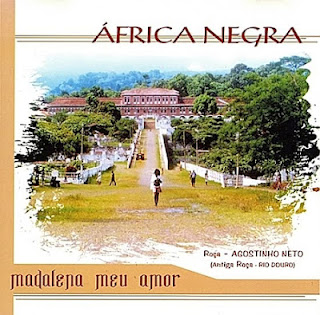 their trademark love song for  Alice
is just below 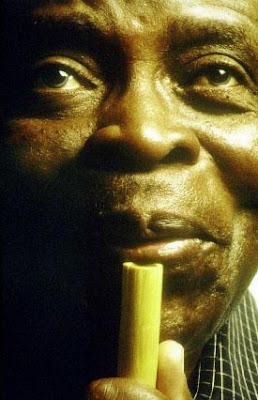 In the beginning there was nothing.No light ,no darkness either.
Nothing except boredom,which Nyambe,the creator of the Bantu ,felt rather severly.
"What is to be done?"he asked Imagination one day.


The answer was:"Built yourself a sanza!


When you start playing it,you'll see boredom run away by itself".


So Nyambe built a sanza and plucked a note on the keyboard.


That first musical sound ever heard came out with the sun which carried the light.


Another note created man followed by his wife and numerous children
who soon populated the earth.
That is how all human beings, black and white,red and yellow,were born of the sanza.
And again today,any time you produce a sound on a sanza keyboard,
a new child is born somewhere in the world. 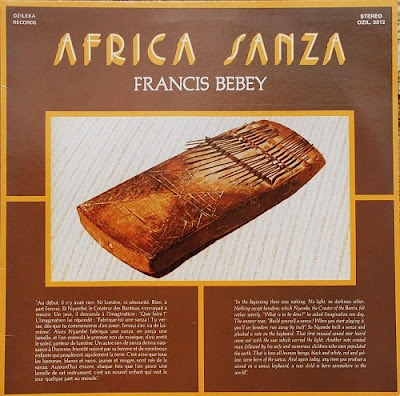 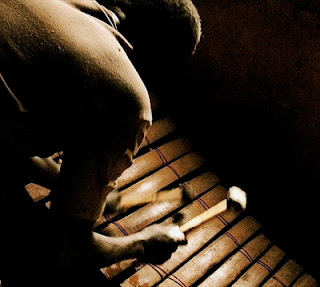 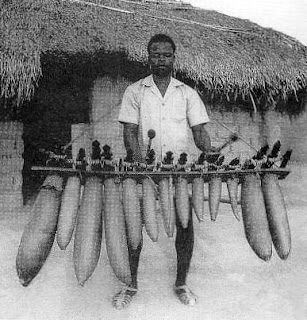 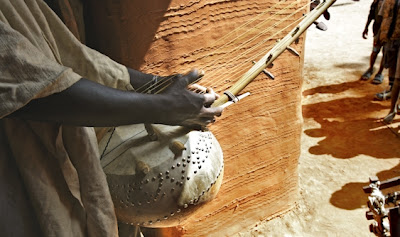 But it’s the Wasulu musicians who are artistes. Everyone can sing in Wasulu. We don’t have
jeliw here; everyone sings. They brought artistry to music. Otherwise, before us, all there was
were jeliw . . . But the Wasulu changed that. We said, “You don’t need to be a jeli to sing.”
It’s not true. Now people have started to see the difference. They said, “Hey, we can sing for
fun, too.” It serves something for us. It erases nostalgia. You have fun, you wash dishes, or
the laundry – you have fun with singing. It comes like that [naturally, without effort]. You
emit warmth or anguish that you have. Sometimes you sing and you cry, you sing alone and
you cry. You just express yourself, your anguish, you know?


some of the sweetest sounds on earth naturally come from wassoulou land
like the next  3 from (new ? ) songbird  Djeneba Sidibé


even more than the performance I  love audience's smiling  participation
:)
Posted by nauma at 12:02 PM 3 comments: 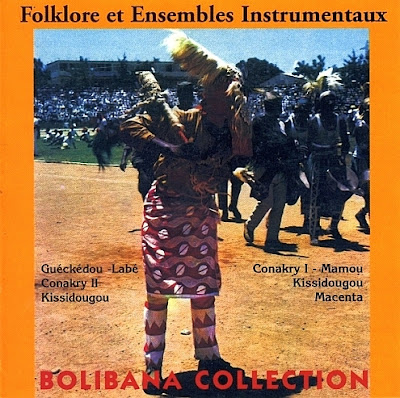 "Under the vision of President Sekou Touré, Guinea’s 34 regions were each represented by an orchestra, a traditional music ensemble, a choir and a theatrical group. The government bought them musical instruments and encouraged them to sing about African nationalism and anti-colonialism while blending traditional local rhythms with Cuban sounds and electric instruments." 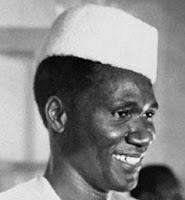 
the list is long but not exhaustive  let's  wish we will find more time this time  ...
for today's record:

Email ThisBlogThis!Share to TwitterShare to FacebookShare to Pinterest
Labels: Guinee 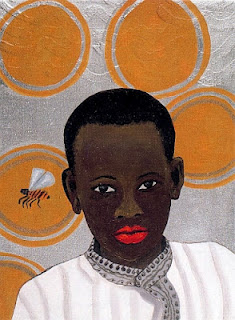 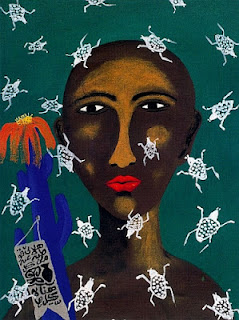 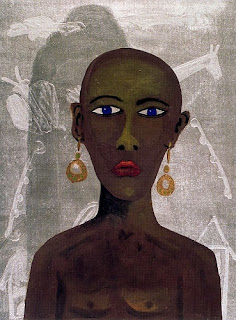 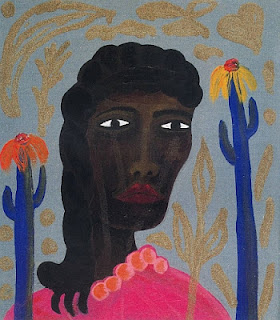